Recessions: Don’t Let Them Faze You 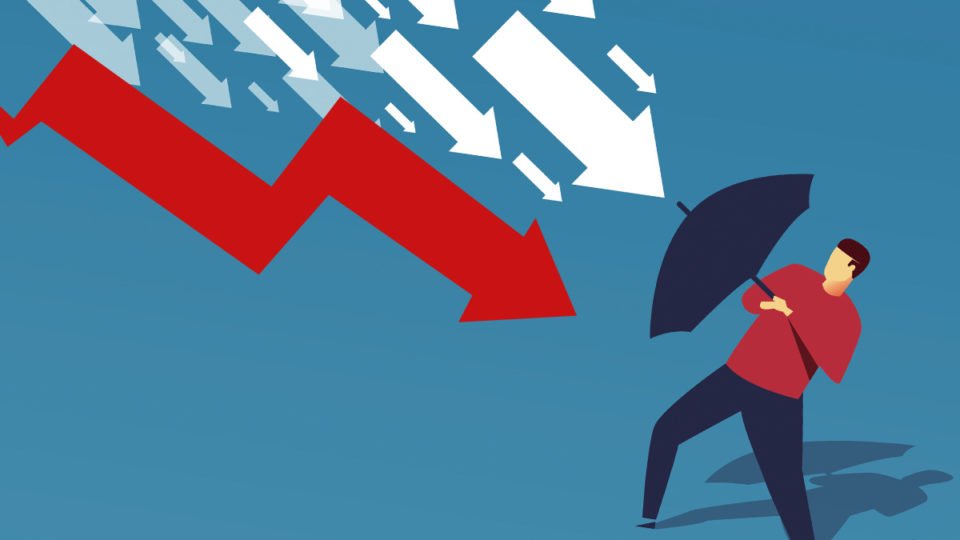 This past week, the news of the Coronavirus’ impact on the globe’s 4th biggest economy, Germany, became widely shared.  The German federal statistics authority released data detailing a 2.2% contraction in the first 3 months. While it is unfortunate to see given the ripple effects of a recession on employment and social welfare, one cannot be surprised by these headlines. It’s no secret that economies are hurting both at home and abroad.

When words like recession, downturn, and slowdown are used liberally, it can often conjure up negative thoughts about the future prospects of the economy. If we’re experiencing a recession, the growth of an economy has contracted, so how can one expect to earn a positive investment return from companies contributing to that economy? Let’s approach this from another angle.

It’s important to remember that the stock market is the ultimate supercomputer. Each trading day, an average of $463 billion1 worth of stocks are traded. That’s a lot of trades. With each trade, individuals and institutions alike are essentially sharing information by casting votes. They’re voting on what they believe will happen in the future, including what impact any impending recessions may have on the economy. The stock market ‘supercomputer’ then aggregates this vast amount of information into stock prices. If the collective average believes we are entering a downturn, one would expect that to be reflected in the price of stocks. That’s why we generally see stock prices fall in anticipation of recessionary environments and less so once they are recognized by our respective federal monitoring agencies.

So once the economic impact has officially been labeled a recession, what does that mean for my investment returns going forward? Does it set the tone for what’s to come? In the past century, there have been 15 recessions in the US. In 11 of 15 of those instances, stock returns were positive two years after it began.

PERFORMANCE OF A HYPOTHETICAL $10,000 INVESTED WHEN A US RECESSION BEGAN 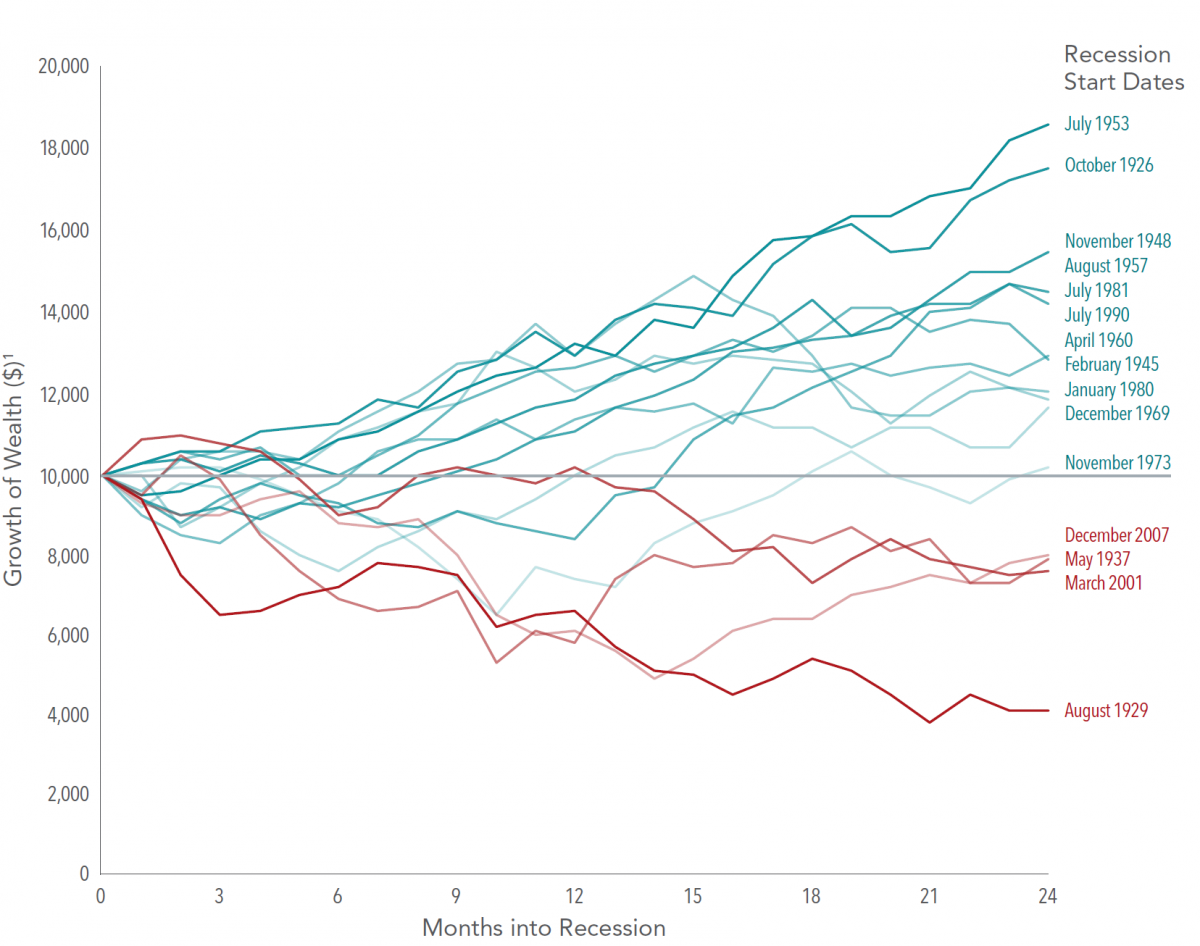 As the graph above shows, throwing in the towel on stocks during tough economic times can cause you to miss out on positive economic returns. The average annualized return two years after the start of these 15 recessions was 7.8%2 and $10,000 invested at the peak of the business cycle would have grown to $11,9373 on average. Recessions understandably trigger worries and the temptation may be there to sell your stocks and move to something more conservative but take comfort in the fact that on average, returns have been positive in the two years after the recession began.