There were no changes to personal or corporate income tax rates.  There were, however, certain tax credits introduced, eliminated and extended as well as certain fees eliminated, such as medical services plan premiums.  Property tax rates also increased in certain cases.

Click below to read a summary of the changes announced in the budget. 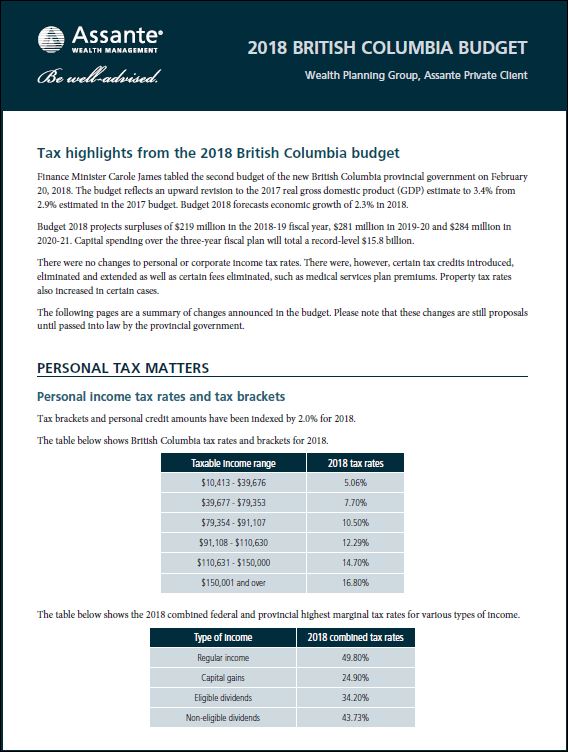