The Magic Of Doing One Thing At A Time 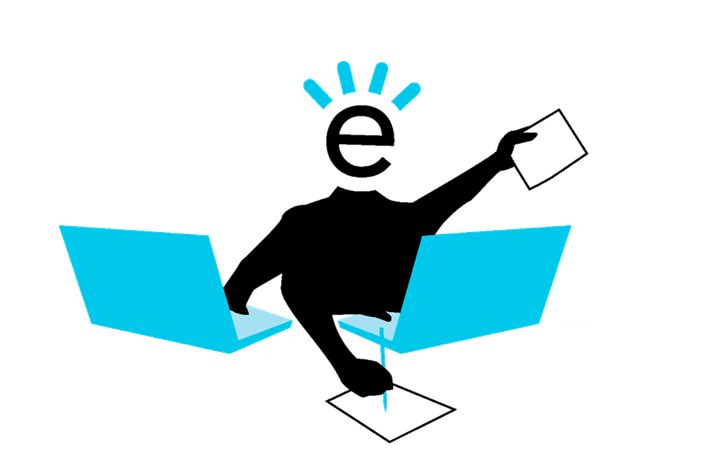 Why is it that between 25% and 50% of people report feeling overwhelmed or burned out at work?

It’s not just the number of hours we’re working, but also the fact that we spend too many continuous hours juggling too many things at the same time.

What we’ve lost, above all, are stopping points, finish lines and boundaries. Technology has blurred them beyond recognition. Wherever we go, our work follows us, on our digital devices, ever insistent and intrusive. It’s like an itch we can’t resist scratching, even though scratching invariably makes it worse.

Tell the truth: Do you answer email during conference calls (and sometimes even during calls with one other person)? Do you bring your laptop to meetings and then pretend you’re taking notes while you surf the net? Do you eat lunch at your desk? Do you make calls while you’re driving, and even send the occasional text, even though you know you shouldn’t?

The biggest cost – assuming you don’t crash – is to your productivity. In part, that’s a simple consequence of splitting your attention, so that you’re partially engaged in multiple activities but rarely fully engaged in any one. In part, it’s because when you switch away from a primary task to do something else, you’re increasing the time it takes to finish that task by an average of 25 per cent.

But most insidiously, it’s because if you’re always doing something, you’re relentlessly burning down your available reservoir of energy over the course of every day, so you have less available with every passing hour.

I know this from my own experience. I get two to three times as much writing accomplished when I focus without interruption for a designated period of time and then take a real break, away from my desk. The best way for an organization to fuel higher productivity and more innovative thinking is to strongly encourage finite periods of absorbed focus, as well as shorter periods of real renewal.

If you’re a manager, here are three policies worth promoting:

Schedule meetings for 45 minutes, rather than an hour or longer, so participants can stay focused, take time afterward to reflect on what’s been discussed, and recover before the next obligation. Start all meetings at a precise time, end at a precise time, and insist that all digital devices be turned off throughout the meeting.

2. Stop demanding or expecting instant responsiveness at every moment of the day.

It forces your people into reactive mode, fractures their attention, and makes it difficult for them to sustain attention on their priorities. Let them turn off their email at certain times. If it’s urgent, you can call them – but that won’t happen very often.

Create at least one time during the day when you encourage your people to stop working and take a break. Offer a midafternoon class in yoga, or meditation, organize a group walk or workout, or consider creating a renewal room where people can relax, or take a nap.

It’s also up to individuals to set their own boundaries. Consider these three behaviors for yourself:

1. Do the most important thing first in the morning.

Preferably without interruption, for 60 to 90 minutes, with a clear start and stop time. If possible, work in a private space during this period, or with sound-reducing earphones. Finally, resist every impulse to distraction, knowing that you have a designated stopping point. The more absorbed you can get, the more productive you’ll be. When you’re done, take at least a few minutes to renew.

If you don’t, you’ll constantly succumb to the tyranny of the urgent. Also, find a different environment in which to do this activity – preferably one that’s relaxed and conducive to open-ended thinking.

Real means that when you’re off, you’re truly disconnecting from work. Regular means several times a year if possible, even if some are only two or three days added to a weekend. The research h4ly suggests that you’ll be far healthier if you take all of your vacation time, and more productive overall.

A single principle lies at the heart of all these suggestions. When you’re engaged at work, fully engage, for defined periods of time. When you’re renewing, truly renew. Make waves. Stop living your life in the gray zone.

Tony Schwartz is the founder and CEO of The Energy Project (@energy_project) and bestselling author of Be Excellent at Anything, published in 2010. A frequent keynote speaker, Tony has also trained and coached CEOs and senior leaders at organizations including Apple, Google, Sony, the LAPD, and the Cleveland Clinic.

Tags: Doing One Thing At A Time, Focus, Multi-Task